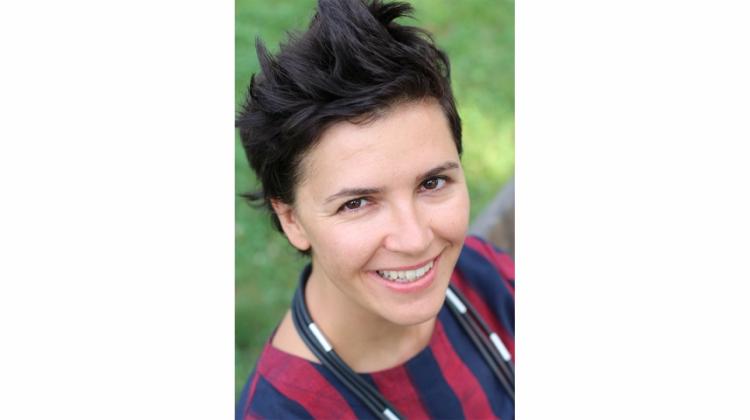 MIT Architecture | Spring 2021 Lecture Series
In collaboration with the MIT Program in Art, Culture and Technology and with the participation of Ulrike Al-Khamis, interim Director and CEO of the Aga Khan Museum in Toronto and Sean Anderson, Associate Curator in the Department of Architecture and Design at MoMA.

Our global society is facing an unprecedented epoch. Aside from the existential threats of climate change, which loom in all our lives, we have seen, in the pandemic and its mismanagement in many countries, a not very pretty picture of social, political, and economic inequalities that we can no longer ignore. Our generation is faced with an ongoing erasure of natural resources and cultural infrastructures. We are also continuously affected by the power grab of the privileged class and its strategy of division and fear. On top of the pandemic, we are also facing many chronic social ills: racism, xenophobia, and social alienation.

These challenges are putting us to an existential test; as in other periods of violence and injustice, we have to ask ourselves who we are in a peculiarly pressing way.  Furthermore, we have to  find strength, inspiration, and hope in a moment of in which weakness, banality, and despair seem so easy to surrender to. Art and design offer creative and critical tools to expose the brutality of the world we live in and amplify the voices of those who have been silenced.

In this lecture, Azra Aksamija will present the recent work of the MIT Future Heritage Lab, an experimental laboratory that invents creative responses to conflict and crisis at the intersection of art, culture, and preservation technologies. Facilitating transcultural exchange and collaborations across borders, the lab brings together a wide network of individuals and organizations from various places to jointly imagine utopian programs, perform ameliorative gestures, and realize transformative projects. The lab’s work rests on the belief that culture is an essential human need. The lecture will feature the recent work of the lab produced across MIT, a museums in Canada, Austria, and UAE, as well as in Syrian refugee camps in Jordan.

Azra Akšamija, Ph.D. is an artist and architectural historian based on Boston, MA. She the founding Director of the MIT Future Heritage Lab (FHL) and an Associate Professor in the MIT Department of Architecture, Program in Art, Culture and Technology (ACT). Her work explores how social life is affected by cultural bias and by the deterioration and destruction of cultural infrastructures within the context of conflict, migration, and forced displacement. Akšamija is the author of Mosque Manifesto: Propositions for Spaces of Coexistence (2015) and Museum Solidarity Lobby (2019), and the editor of Architecture of Coexistence: Building Pluralism (2020). Over the past twenty years, her artistic work has been exhibited in leading international venues, including the Generali Foundation Vienna, Secession Vienna, the Royal Academy of Arts London, Queens Museum of Art in New York, Biennials in Venice, Valencia and Liverpool, Design Week Festivals in Milan, Istanbul, and Amman. Her most recent work was shown at the Sharjah Museum of Islamic Civilization (2019), the Kunsthaus Graz (2019), Kestner Gesellschaft Hannover (2020), the Aga Khan Museum in Toronto (2020), and Venice Architecture Biennale (2021). She holds master’s degrees in architecture from Graz University of Technology (2001), Princeton University (2004), and a Ph.D. from MIT (2011). She received the Aga Khan Award for Architecture 2013 for her artistic design of the prayer space in the Islamic Cemetery Altach, the 2019 Art Prize of the City of Graz, and an honorary doctorate from the Monserrat College of Art, 2020.

Ulrike Al-Khamis is a well-known figure in the field with over 20 years of experience as a curator and senior advisor for museum and cultural projects. She holds a PhD in Islamic Art from the University of Edinburgh and served as Co-Director at the Sharjah Museum of Islamic Civilization as well as Senior Strategic Advisor to the Sharjah Museums Department in the U.A.E. from 2007 to 2017. She began her career in Scotland, where she worked as Principal Curator for South Asia and the Middle East at the National Museums of Scotland from 1999 to 2007 and Curator for Muslim Art and Culture at Glasgow Museums from 1994 to 1999.

Dr. Al-Khamis is the first to hold the position of Director of Collections and Public Programs at the Aga Khan Museum, a role that oversees all of the Museum’s activities related to collection management, academic research, exhibitions, public programming, and performing arts initiatives. She leads a team of subject-matter specialists and program managers to establish a strategically cohesive and sustainable set of audience-focused programs and initiatives devised to further the Museum’s mandate and role locally, nationally, and internationally within the framework of the Aga Khan Trust for Culture (AKTC) and the Aga Khan Development Network (AKDN) more generally. Dr Al-Khamis currently acts as interim Director and CEO of the Aga Khan Museum.

Sean Anderson is Associate Curator in the Department of Architecture and Design at The Museum of Modern Art. He has practiced as an architect and taught in Afghanistan, Australia, India, Italy, Morocco, Sri Lanka and the U.A.E. His second book, In-Visible Colonies: Modern Architecture and its Representation in Colonial Eritrea (2015) was nominated for an AIFC Book Prize in Non-Fiction. Earlier this year, he curated the exhibition On Muzharul Islam: Surfacing Intention at the Dhaka Art Summit. At MoMA, he has organized the exhibitions Insecurities: Tracing Displacement and Shelter (2016-17), Thinking Machines: Art and Design in the Computer Age, 1959-89 (2017-18) as well as collaborative collection displays including Surrounds (2019), Inner and Outer Space (2019-20) and Building Citizens(Present). Sean manages the Young Architects Program (YAP) and the Issues in Contemporary Architecture series; it's exhibition Reconstructions: Architecture and Blackness in America and its associated Field Guide organized with Mabel O. Wilson opened in February 2021.