Christoph Reinhart is a building scientist and architectural educator working in the field of sustainable building design and environmental modeling. At MIT he is leading the Sustainable Design Lab (SDL), an inter-disciplinary group with a grounding in architecture that develops design workflows, planning tools and metrics to evaluate the environmental performance of buildings and neighborhoods. He is also the head of Solemma, a technology company and Harvard University spinoff as well as Strategic Development Advisor for mapdwell, a solar mapping company and MIT spinoff. Products originating from SDL and Solemma are used in practice and education in over 90 countries.

Before joining MIT in 2012, Christoph led the sustainable design concentration area at Harvard’s Graduate School of Design where the student forum voted him the 2009 Teacher of the Year for the Department of Architecture. From 1997 to 2008 Christoph had worked as a staff scientist at the National Research Council of Canada and the Fraunhofer Institute for Solar Energy Systems in Germany. He has authored over 150 peer-reviewed scientific articles including two textbooks on daylighting and seven book chapters. His work has been supported by a variety of organizations from the  National Science Foundation, Department of Energy  and the Governments of Canada, Kuwait and Portugal to Autodesk, Exelon, Kalwall, Philips, Saint Gobain, Shell and United Technology Corporation.

Christoph’s work has been recognized with various awards among them a Fraunhofer Bessel Prize by the Alexander von Humboldt Foundation (2018), the IBPSA-USA Distinguished Achievement Award (2016), a Star of Building in Science award by Buildings4Change magazine (2013) and seven best paper awards. Mapdwell has been recognized with FastCompany’s Design by Innovation 2015 award for Data Visualization as well as a Sustainia 100 award. Christoph is a physicist by training and holds a doctorate in architecture from the Technical University of Karlsruhe. 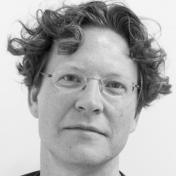