Timothy Hyde is a historian of architecture whose research focuses on the political dimensions of architecture from the eighteenth century to the present, with a particular attention to relationships of architecture and law. His most recent book Ugliness and Judgment: On Architecture in the Public Eye (Princeton University Press, 2019) explores episodes in aesthetic debates on architecture and ugliness in Great Britain over the past three centuries and reveals the ways in which architectural discourse participated in the legal formulations of social techniques of the modern city. He is also the author of Constitutional Modernism: Architecture and Civil Society in Cuba, 1933-1959 (University of Minnesota Press, 2012) which examines the entanglements of architecture, planning, and law in the years leading up to and following from the promulgation of a new Cuban constitution in 1940.

Hyde was the 2020-21 Clark/Oakley Humanities Fellow at the Clark Art Institute and Williams College. Previously, he has been a MacDowell Colony Fellow and his work has been supported by grants from the Graham Foundation, the Paul Mellon Centre for Studies in British Art, and the Huntington Library. Hyde received his BA from Yale University, MArch from Princeton University, and PhD from Harvard University. 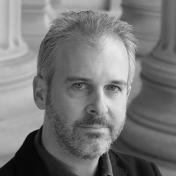