Azra Akšamija is a Sarajevo born artist and architectural historian. Akšamija graduated from the Faculty of Architecture at the Technical University Graz, Austria in 2001, and received her M.Arch. from Princeton University, USA in 2004, and Ph.D. from MIT (HTC / AKPIA) in 2011. In her multi-disciplinary practice, she investigates the potency of art and architecture to facilitate the process of transformative mediation in cultural or political conflicts, and in so doing, provide a framework for researching, analyzing, and intervening in contested socio-political realities. Her recent work focuses on representation of Islamic identities in the West, spatial mediation of identity politics, and cultural pedagogy through art and architecture.

Akšamija’s academic research highlights the significance of ethnic symbols, long-term cultural factors, and global cultural flows in the creation of contemporary nations. In her Ph.D. dissertation, Akšamija examined how Bosnian Muslims construct their identity through the lens of rebuilt or newly built mosques following the systematic destruction of religious architecture during the 1992-1995 Bosnian War. Her academic inquiry informs her ongoing artistic explorations about Islam in the West and the conflicts over visibility of Muslims in the United States and Europe. Akšamija’s artistic work takes shape through different types of media, including clothing, video, performance, sculpture, and new media. Among her preceding curatorial projects was the Lost Highway Expedition (2006) that Akšamija co-organized with nine international artists and architects during her tenure as a Graduate Affiliate at the Center for Advanced Visual Studies at MIT, as well as the Museum Solidarity project that she conceived and co-organized with members of the civic platform Cultureshutdown.net.

Her work has been widely published and exhibited in leading international venues and was awarded the Honorable Mention at the Sixth Graz Biennial on Media and Architecture in 2003. Prominent institutions and festivals that exhibited her work include the Generali Foundation Vienna (2002), the Valencia Biennial (2003), Gallery for Contemporary Art Leipzig (2003), the Liverpool Biennial (2004), the Museum of Contemporary Art Zagreb (2005), the Sculpture Center New York (2006), the Secession Vienna (2007), Manifesta 7 (2008), the Stroom The Hague (2009), the Royal Academy of Arts London (2010), the Jewish Museum Berlin (2011), and the Fondazione Giorgio Cini as a part of the 54th Art Biennale in Venice. Recent exhibitions include Queens Museum of Art, New York (2013), ifa Gallery in Stuttgart and Berlin (2012), and curatorial projects such as the exhibition Interior View South-East at the Vorarlberg Architecture Institute in Dornbirn, Austria (2013). 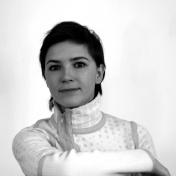