He founded and was head of MIT’s Building Technology Program in the Department of Architecture for 22 years. He has worked on research and consulting related to energy-efficient building components and design, indoor airflow and indoor air quality.  Basic studies were carried out to improve thermal insulation for buildings during the period when CFCs were removed from insulation. Research has developed aerogel insulations that promise to be as much as four times more efficient than present insulations.  Glicksman was a founding member of the MIT Energy Initiative and co-chaired a task force to promote energy efficient measures for the MIT campus and to develop the next generation of technologies for buildings. Another research project included software tools for automatic identification of major faults in commercial building HVAC systems. The work identified faults that caused as much as one half million dollars a year in operating faults in a single building on the MIT campus. Several MIT BT students have founded a company to commercialize the tool and now have systems installed on most MIT buildings, as well as operations across the US and Europe.

Experiments and CFD simulations are being used to develop system performance evaluation and design guidelines for displacement ventilation and natural ventilation in US and foreign buildings. This included a study of the application of natural ventilation to buildings to improve indoor air quality and reduce energy use for air conditioning that was jointly carried out over five years with Cambridge University. Research was carried out with a major developer in Japan to design natural ventilation for new office buildings in central Tokyo. Design tools have been developed that can be used to predict natural ventilation flows, comfort level and energy efficiency in new building designs. These tools are more easily used by designers and engineers during the early conceptual stage of the building design. Recent research is focused on understanding the spread of Covid aerosols in classrooms based on CFD simulations.

Research on energy efficient urban housing for China was carried out with MIT and Chinese colleagues for five years and is summarized in a book he coauthored.  Research was focused on design tools and optimum control for hybrid natural ventilation/ mechanical cooling with design collaborations for several new buildings in three areas of China.There has been an ongoing program in India to develop passive designs using ventilation and night cooling for new housing for low-income families in Gujarat. Working with a NGO, small scale demonstration buildings as well as new single and multi-story buildings have been constructed and are being evaluated. These are also being used to evaluate different roof systems with double skin vents and thermal mass. Research is also underway to develop a novel low-cost evaporative cooling system to preserve farm produce in East Africa and in India.

Glicksman is a consultant to numerous agencies and companies, most recently the World Bank, He has been awarded the ASME Melville Medal and the ASME Heat Transfer Memorial Award. He is a fellow of the ASME and ASHRAE.  He is the author of more than two hundred articles published in refereed journals or proceedings and two books. 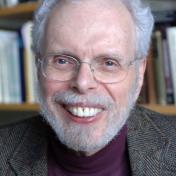