Professor and Director of the MIT Aga Khan Program

Nasser Rabbat is the Aga Khan Professor and the Director of the Aga Khan Program for Islamic Architecture at MIT. An architect and a historian, his scholarly interests include the history and historiography of Islamic architecture, art, and cultures, urban history, and post-colonial criticism. He teaches lecture courses on various facets of Islamic architecture and seminars on the history of Islamic urbanism and contemporary cities, orientalism, historiography, and the issue of meaning in architecture. In his research and teaching he presents architecture in ways that illuminate its interaction with culture and society and stress the role of human agency in shaping that interplay.

Professor Rabbat has published more than 80 scholarly articles and book sections in English, Arabic, and French. Among his recent articles are: “The Arab Revolution Takes Back the Public Space,” Critical Inquiry, Online Feature (January 2012); ‘What’s in a Name? The New “Islamic Art” Galleries at the Met,’ Artforum 50, 8 (January 2012); “The Pedigreed Domain of Architecture: A View from the Cultural Margin,” Perspecta 44 (2011); and "Circling the Square: Architecture and Revolution in Cairo," Artforum 49, 8 (April 2011). His books include: The Citadel of Cairo: A New Interpretation of Royal Mamluk Architecture (Leiden, 1995), Thaqafat al Bina’ wa Bina’ al-Thaqafa (The Culture of Building and Building Culture) (Beirut, 2002), Al-Mudun al-Mayyita: Durus min Madhih wa-Ru’an li-Mustaqbaliha (The Dead Cities: Lessons from its History and Views on its Future) (Damascus, 2010), Mamluk History Through Architecture: Building, Culture, and Politics in Mamluk Egypt and Syria (London, 2010), which won the British-Kuwait Friendship Society Prize in Middle Eastern Studies, 2011, and an edited book, The Courtyard House between Cultural Reference and Universal Relevance (London, 2010). He co-authored Interpreting the Self: Autobiography in the Arabic Literary Tradition (Berkeley and Los Angeles, 2001), and co-edited Making Cairo Medieval (Lantham, Md, 2005). Two forthcoming books, L'art Islamique à la recherche d'une méthode historique, and al-Naqd Iltizaman (Criticism as Commitment) will be published in the coming year in Cairo and Beirut respectively. He is currently writing a book tentatively titled The Story of Islamic Architecture.

Prof. Rabbat worked as an architect in Los Angeles and Damascus. He was a visiting professor at the École des hautes etudes en sciences sociales (EHESS), Paris (2009) and the Ludwig-Maximilians-Universität, Munich (2007). Among his fellowships are, The Radcliffe Institute for Advanced Study Fellowship (2011-12), The American Research Center in Egypt Fellowships (2007-08, 1999-00 and 1988-89), the Chaire de l’Institut du Monde Arabe (2003), and The J. Paul Getty Postdoctoral Fellowship (1993-94). He regularly contributes to a number of Arabic publications and serves on the boards of various cultural and educational organizations. He lectures extensively in the US and abroad, consults with international design firms on projects in the Middle East, and maintains several websites focused on Islamic architecture and urbanism. 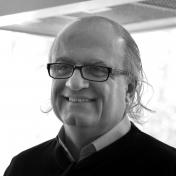